In his famous Seven Countries Study, Keys showed 7 countries with high rates of heart disease correlated with high consumption of saturated fats. He hypothesized that the saturated fats turned into cholesterol, which then blocked arteries. 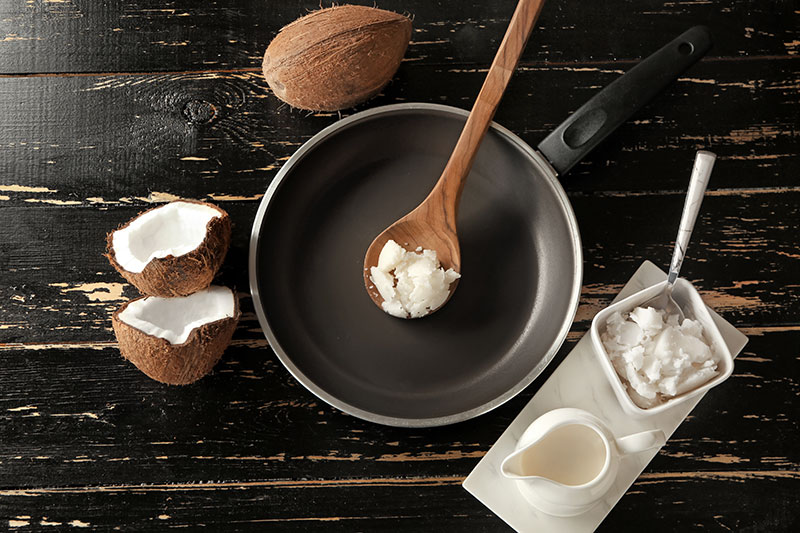 Their secret lies in their medium-chain triglyceride fatty acids (MCT fats), which is different from most oils that contain long-chain triglycerides. MCT fats are more easily absorbed and metabolized by the human body into an available source of energy.

A rich source of vitamins, minerals, and dietary fiber, our Organic Extra Virgin Coconut Oil can be used as a spread, in dressings, in smoothies, and even applied topically as a nourishing skin treatment.

Available in n 375ml and 500ml glass jars, you can transform your cooking with a simple touch of coconut oil and bring your recipes to life!

We also have our Natural Organic Coconut Oil if you would like something with a little less kick. Extracted and refined without chemicals, our natural coconut oil has a neutral flavor for all cooking and baking requirements.